naked people will change the world. 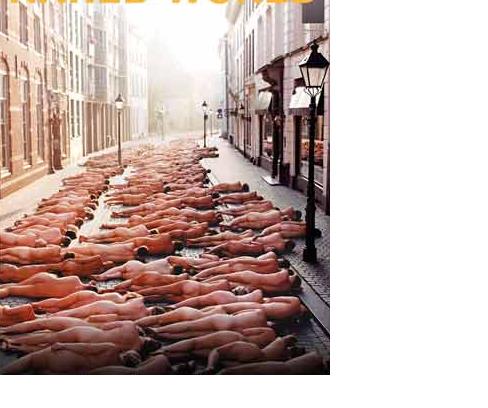 You know when you’re faced with a really tough problem and you finally realize that the only real solution is to get naked? Preferably somewhere public?  No?  Whatever, if you were French you would know what I was talking about.

Yesterday, more than 20 artists’ models, male and female, stripped naked and braved Paris’ freezing temperatures to protest against a ban on tips and demand better pay and recognition.  The artists decided to protest after Parisian authorities recently made the decision to enforce a ban on artists’ tips or “cornet.”  One artist told Reuters,

“We’re very badly paid and it’s always been that way,” said model Carole Kras, who joined others in the courtyard of a 16th century palace that houses the Paris cultural affairs offices.

“We’ve always had the ‘cornet’ to make up for some of that but now they want to get rid of it,” she said, as shivering colleagues got dressed after briefly disrobing.

The models work for the city of Paris and pose for students and professional artists making an average wage of 10 euros an hour (about $13).  The models are also protesting for greater professional recognition.  Carole Karus described the job saying, “It is a profession, it’s tiring. Because it’s physical, you need a lot of endurance and it’s also expressive,” she said. “We’re performers who play non-speaking roles, that’s the way I always think of it.”

Neither public protests or public nudity are anything new in Paris, I saw quite a lot of both when I lived there so the protest didn’t gain much attention from the public.  However, the cultural affairs office in Paris took notice and a representative said they believe a solution can be found.

In a city that is itself a work of art, nude models and artists are as important as sidewalk cafes and baguettes.  I have a feeling that an agreement will be reached soon, hopefully before the artists freeze their tatas off (because that would make for some very strange art).

One response to “naked people will change the world.”