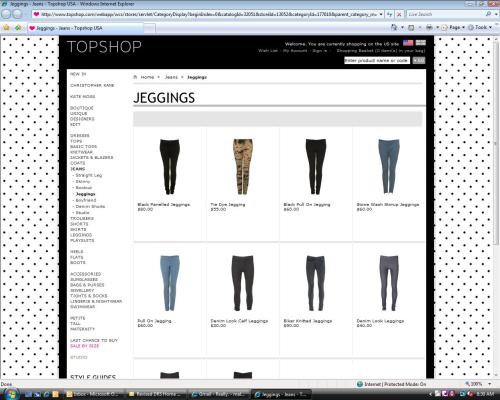 Together now, people: aw HELL no!

Tagged as end of the world, jeggings, jeggings at top shop, only people who shouldn't wear these will wear these

peeking out from underneath grad school. 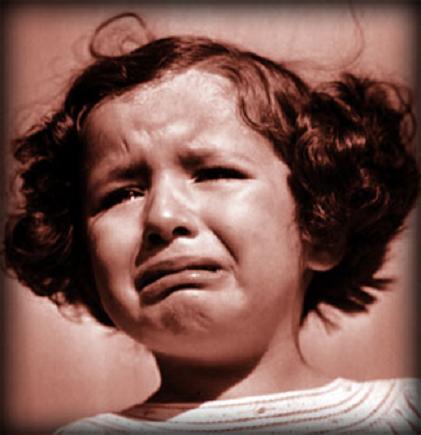 Let’s play Guess How Many Times Mallory Cried Today. Any guesses? It’s pretty low so far, but it’s not even 5:00 yet. First, I cried during a retirement party at work for a woman I don’t even know that well. But she gave such a kind and wonderful speech and so of course I cried. And of course I was sitting directly next to where she was standing, so I was in all of the pictures. And of course my co-worker looked at me at the end and said, “Are you crying?” And he obviously doesn’t know me well enough yet because the answer is always yes, yes I am crying. Then also, I watched the video on this post. I love M79 and I love mommy bloggers (whatever, it’s true) and I love adorable blonde-headed children, so there were tears here too. It’s okay. I’m sensitive. I embrace it.

Kathleen and I have been such bad bloggers lately, we know. But what do you do when you run out of time to blog as much as you want? Quit? Hell no! Endure the anger of your friends and constantly feel guilty? Well, I guess so. That’s what’s going on for now. We love us our little blog, and I guess that means that infrequent posting is better than no blog at all. I don’t want this to be permanent, but grad school is hard this year. I’m having one of those drowning-in-my-own-life moments. But hopefully it will pass, and then maybe you people can stop reading whatever other lame blogs you read when ours isn’t hoppin’, and all will be right in the world. In the meantime, thanks for bearing with us!

This morning, whilst perusing her Facebook news feed, my officemate counted no less than six references to the age-old irritating phrase, “a case of the Mondays,” made truly infamous by everyone’s favorite movie about how boring jobs are:

“A case of the Mondays” is right up there with “hump day,” but we’ve already made hump day better by instituting a less-than-regular Hump Day Cry Face, so it’s okay. The point is, no one needs to have a case of the Mondays today, because it’s not just a Monday: it’s a Google Holiday!

Today’s Google Holiday: What would have been H.G. Wells’ 143rd birthday. (I did that math myself. Without a calculator. Don’t say I never did anything for you.) H.G. Wells was a writer and an outspoken socialist, just like Barack Obama! Not gonna lie, I’ve read zero of Wells’ books, but Wikipedia did just teach me some interesting facts about him:

What I was Googling: cdr associates

My lovely little sister sent this video to me last night. The whole flash mob thing hasn’t gotten old, and I loved this one like I’ve loved the rest of them:

Today’s Google Holiday: Um, crop circles? National Geographic has no explanation for this, so neither do I. Ohmygod guys it’s a mystery, JUST LIKE REAL CROP CIRCLES.

What I was Googling: Technically, nothing. I was busy all day and of course was Googling things because how else do people find things, and the Google Holiday was TAUNTING me, but I had no time to post. Here I am, though! Here to tell you that I have no idea what this Holiday means. Google why you gotta be so mysterious?

INSTANT UPDATE: Christian Science Monitor has more ideas. Maybe this is a teaser for something Google is launching soon? Maybe it’s related to that new Dan Brown book? I bet Patrick Swayze could have explained it to us.

patrick swayze has died at 57.

Patrick Swayze, of Dirty Dancing and Ghost fame, is dead at 57 after a battle with pancreatic cancer:

“Patrick Swayze passed away peacefully today with family at his side after facing the challenges of his illness for the last 20 months,” said a statement released Monday evening by his publicist, Annett Wolf. No other details were given.

Accounts show that Swayze was optimistic and maintained as normal of a life as possible while he was sick, though he recognized what he was up against:

Swayze said he opted not to use painkilling drugs while making “The Beast” because they would have taken the edge off his performance. He acknowledged that time might be running out given the grim nature of the disease.

When he first went public with the illness, some reports gave him only weeks to live, but his doctor said his situation was “considerably more optimistic” than that.

“I’d say five years is pretty wishful thinking,” Swayze told ABC’s Barbara Walters in early 2009. “Two years seems likely if you’re going to believe statistics. I want to last until they find a cure, which means I’d better get a fire under it.”

You’ll be missed, Mr. Swayze. Thanks for everything, but especially for this:

I don’t know about you guys, but I plan to honor Patrick Swayze’s life by having “Time of My Life” stuck in my head for the next month or so. 2:28 and on…ICONIC. What a scene.

Step away from your TwitterBerry, folks: Twitter is making you dumber! The surprising flipside of this news is that Facebook allegedly makes you smarter, at least according to one Australian psychologist:

Staying on top of Facebook is like solving puzzles, since it hones our ability to remember and use information. But more “micro-level” activities like Twitter, watching YouTube videos, and text messaging weaken these same skills by shortening our attention spans. Says Dr. Alloway from the University of Stirling, “On Twitter you receive an endless stream of information, but it’s also very succinct. You don’t have to process that information. Your attention span is being reduced and you’re not engaging your brain and improving nerve connections.”

Dr. Alloway? I can’t argue with your comments about Twitter, but I must respectfully disagree that Facebook somehow makes people smarter. I can’t say I see how Facebook is like solving a puzzle. What information do we need to remember and use to stay on top of Facebook? Last I checked, as long as you can remember the name of your ex-boyfriend’s new girlfriend and can read at a third-grade level, you can master le Facebook. You literally just scroll through things and read them, and there are plenty of reminders if you happen to forget about a recent poke or a fake gift you received. I use Facebook less than an hour a week precisely because it makes me feel dumb. And creepy. Plus, with the amount of class and potential study time that people spend on Mark Zuckerberg’s evil invention, everyone’s probably learning a heck of a lot less, and thus, getting dumber. If you’ve ever brought a laptop to class, you know what I mean: it’s literally impossible to pay attention with Facebook and Gmail and Cake Wrecks at your fingertips. Theory Schmeory, someone made a cake of a C-section!

I know that in theory people can use Facebook to post articles and spark insightful discussions about them, but come on, WHO DOES THAT? (Okay, I know one person, but he’s a professor, so that doesn’t count.) Point is, I’m right, and that psychologist is wrong.