This morning, whilst perusing her Facebook news feed, my officemate counted no less than six references to the age-old irritating phrase, “a case of the Mondays,” made truly infamous by everyone’s favorite movie about how boring jobs are:

“A case of the Mondays” is right up there with “hump day,” but we’ve already made hump day better by instituting a less-than-regular Hump Day Cry Face, so it’s okay. The point is, no one needs to have a case of the Mondays today, because it’s not just a Monday: it’s a Google Holiday!

Today’s Google Holiday: What would have been H.G. Wells’ 143rd birthday. (I did that math myself. Without a calculator. Don’t say I never did anything for you.) H.G. Wells was a writer and an outspoken socialist, just like Barack Obama! Not gonna lie, I’ve read zero of Wells’ books, but Wikipedia did just teach me some interesting facts about him:

What I was Googling: cdr associates 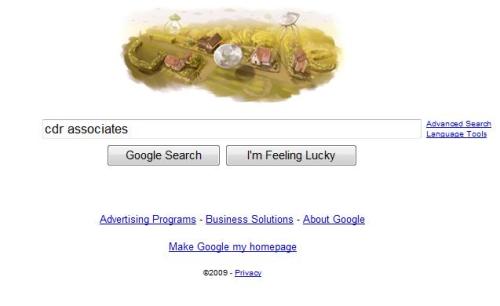