shake the dust: a thanksgiving poem.

Hope you all are snuggled up with your family and enjoying the day off! I’m snuggled up with the Mouse fam and I’m already stuffed full of cheese eggs and “making stuffing” (read: writing this post while Miss Mouse chops things). My high school was supposedly in the Macy’s Parade, but I didn’t see them, so I’m beginning to suspect I’ve been lied to.

Anywho, I heard this poem recently and I think it’s beautiful, and somehow appropriate for Thanksgiving. Hopefully you agree:

Happy Thanksgiving, y’all. Hope you get to stuff your faces!

So, this happened (at the Rally to Restore Sanity and/or Fear, obviously): 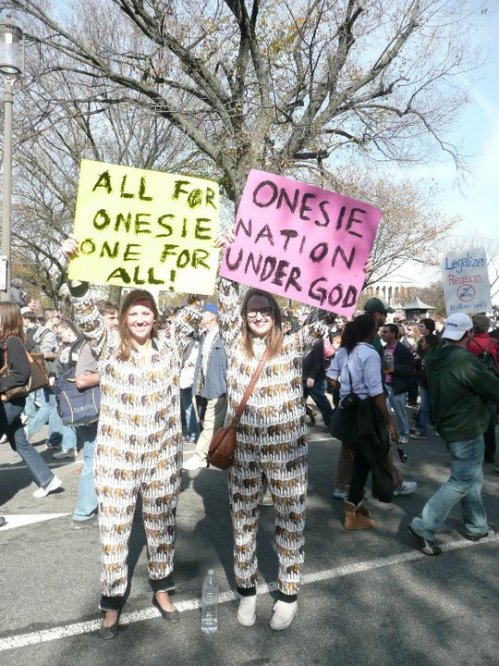 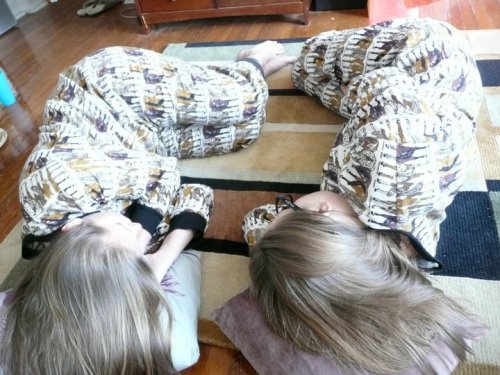 This, of course, has nothing to do with Cry Face, except in that it proves that I aim to never look attractive in public. (Speaking of which…read this blog.)

I am thankful for Google Holidays.

Today’s Google Holiday: Ina Garten’s Thanksgiving Recipes from Google. Holy cranberry sauce, you guys. This is two of my favorite things combined! I’d recommend not looking at the recipes if it’s midnight and you have no food in your apartment.

What I was Googling: L’Occitane. Hostess gift…Mouser, don’t tell Merrimom.

Hope you all get a short day tomorrow and are preparing to put your waistband expanders to good use!

I might like it better than the original, though both have been on repeat all morning. Big thanks to lebluegrass for the tip.

While filming a segment for Larry King, Barbara Bush delivered quite the artful insult to Sarah Palin (yes, this was reported a few days ago, but I JUST got my new Macbook power cord!). It’s the kind of thing you shiver from when reading, because it’s just so icy cold. I’m not condoning this behavior, but should you ever find yourself needing to tear someone down without calling them names, here is Barbara Bush’s guide to delivering a slap that really stings:

1. Show that you personally know your subject, giving whatever you are about to say some sort of validation.  (“I sat next to her once “)

2. Pay a flattering compliment, but one that doesn’t insinuate any real intelligence or skill.  (“She was beautiful”)

3. Remark upon something fairly insignificant, reminiscent of small talk.  (“I think she’s very happy in Alaska”)

4. Insert verbal dagger. Twist. And laugh lightly or smile, to make it appear more pleasant. (“And I hope she stays there”)

Perhaps the former FLOTUS got underneath Palin’s skin, but you know Sarah Barracuda. She doesn’t retreat, she reloads. It was reported today that she sent a team to Iowa to search for a 2012 campaign office. So about that whole staying in Alaska thing… probably not going to happen.

But did Barbara Bush win this round? You betcha.

Yeah yeah yeah, I forgot last week. My real job got sort of crazy last week and you, dear readers, had to suffer. To make up for it, I present TWO Hump Day Cry Faces!:

One, Carmen San Diego gets her cry on: 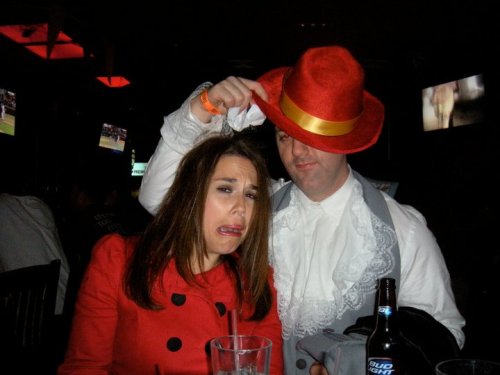 Two Carmen San Diego OUT OF COSTUME gets her cry on: 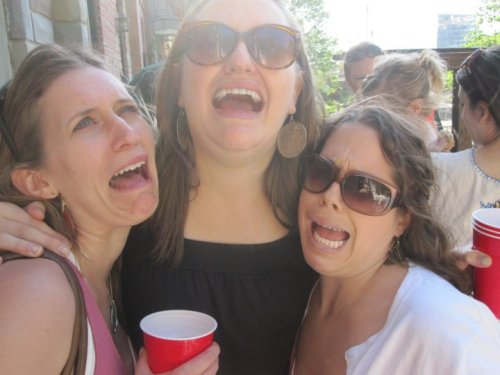 I imagine that if a six year old with a dirty mouth wrote some lyrics for me, and I attempted to rap them, this is what it would sound like.

Hey all! How about a Sunday evening guest post? Inspired by the category of people/things not to be trusted on our About Us page, they developed the following list of the most notable celebrities who are NOT to be trusted.

Celebrities Who Are Not To Be Trusted

There are certain celebrities who, quite frankly, leave me feeling a little uneasy. It may be that prolonged exposure to the limelight has had a deleterious effect on their sanity, or perhaps they’re just naturally odd. Whatever the reason for their bizarre behavior, one thing is certain: I woudn’t want to be put in a room with any of these seven nutjobs. 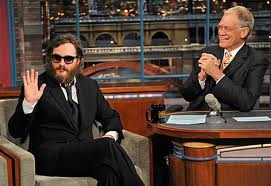 Phoenix had a promising start as a young actor in films such as Parenthood and Gladiator, but ever since his bizarre appearance on the David Letterman show, sporting a hobo-esque beard and generally acting like a sociopath for most of the interview, Phoenix appears to have lost his grip on reality. His pseudo-documentary I’m Still Here solidified his status as certified creeper. The whole “am I going crazy or am I just pretending to go crazy” shtick didn’t fool anybody, and the movie was a deserved failure.

Like many others, I was very impressed by Heigl’s performance in Knocked Up, and entertained hopes that she would pick up where Scarlett Johansson had left off in the sophisticated-and-beautiful-actress category. Unfortunately, it appears she is a complete diva on set and intolerable to work with. Beyond this, her habits of slandering and insulting the people who helped her get her career off the ground have made her quite a few enemies in Hollywood, and for good reason.

Little needs to be said about why Cruise made the list. His antics of the past decade include the infamous couch-jumping episode, his advocacy of Scientology, and above all, TomKat. The minute I heard that Katie wouldn’t be allowed to make a single unpleasant noise while in labor with her first child because of the Scientologist belief that it would cause psychological damage to the newborn, I knew my worst suspicions about Cruise were true.

It’s easy to be seduced by the sultry strains emanating from Mayer’s guitar, but it seems like every month there’s a new revelation about what a seedy character he is. Recent highlights include his interview with Playboy in which he famously uttered the n-word, claiming it was all right because he had a “hood pass”; in other words, that the white, affluent Mayer somehow had gangsta cred. To say about 50% of what comes from his mouth is offensive would be a conservative estimate.

Exceeding even John Mayer’s offensive capabilities is none other than Mel Gibson, whose controverisal film The Passion marked a turning point in his career from action movie hero to ultra-conservative anti-Semitic wacko. As if his depiction of Jews in The Passion wasn’t offensive enough, the recording of his anti-Semitic tirade while being arrested for drunk driving was the nail in the coffin. 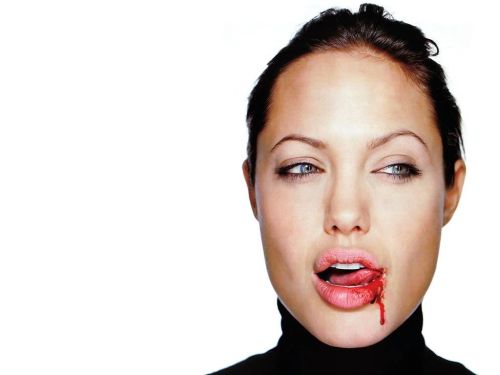 Angelina is the only member of this list I actually still have respect for, but that doesn’t mean I would trust her with my kids (if I had kids). Her romantic history includes a fling with Billy Bob Thorton that achieved record levels of creepiness, which were then completely destroyed by her confession of being romantically involved with her brother. That’s right, her brother.

I debated whether it would be right to add Sarah Palin to this list, but although ostensibly a “politician,” she’s really as much of a celebrity as everyone else on this list. I’m pretty sure I don’t need to go into the details of the hundreds of groan-inducing moments on the campaign trail running as vice presidential nominee in 2010. What’s remarkable is that she continues to hog the limelight two years after America decided they couldn’t bear the thought of her being a heartbeat away from the presidency.

K. Wallulis is a writer.