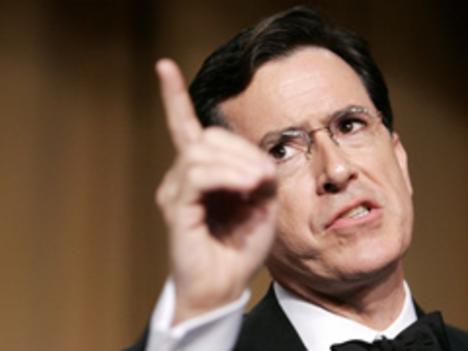 This just in: our Department of Justice has been compromised. By terrorists? Nope. By political corruption and the antithesis of justice–discrimination. As Stephen Colbert would say, a wag of my finger to you, DOJ. Watch out, folks, I’m about to launch into a political tirade. But what I’m talking about is important and every American should be upset.

A report released by the DOJ’s inspector general and internal ethics office confirms what has been known for quite awhile–that top aides under Alberto Gonzales broke the law by using illegal hiring tactics and discriminating against those deemed to be too left leaning. Basically, if you disagreed with the current administration, you couldn’t get a job. Damn, that sucks, because roughly 70% of America disagrees with Bush right now.

Anyway, Monica Goodling, a top aide, was apparently the mastermind behind this project. She would ask leading questions in interviews to gage the political leanings of potential employees. And if they were not in line with George W. Bush and his cronies, they were not hired. This, of course, resulted in the hiring of some less than qualified candidates. Good job, Monica! That’s exactly what this country needs! Perfect, just perfect. You can read the horror stories for yourself here and here.

In my perfect world, our president would be Jed Bartlet (who is from New Hampshire! Heyyyyy), and the White House would be run by Sam Seaborn, Josh Lyman, CJ Cregg, Leo McGarry, and Toby Ziegler. If you don’t know what I’m talking about, please NetFlix the West Wing seasons 1-4 right now. The other seasons are okay, but those are the glory days (WHY OH WHY DID YOU HAVE TO LEAVE, SORKIN?). Anyway, even in my perfect/fictional world run by Democratic politics, Republicans were hired. Because that’s the right thing to do. I’m talking about Ainsley Hayes, kids.

Monica Goodling may seem like Ainsley Hayes–a blonde, Republican lawyer. Except Ainsley Hayes was awesome. And had ethics.

Here is Monica (oh, the irony of this pose): 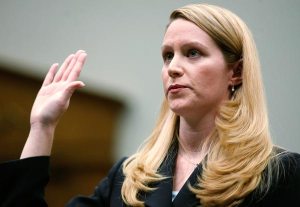 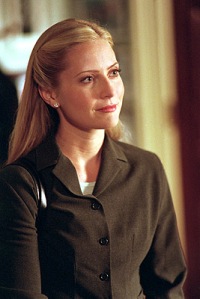 I’m obviously idealistic about government, because I’ve witnessed grassroots politics (power from the people) and believe that the intentions of many politicians are good. But this is a let down, and I don’t like it. No matter who has control of the White House and Congress, the Department of Justice should be freed of this shameful politicization. We as Americans–we as the United States–depend on it.

And now, friends, I’m going to go eat my emotions and watch six straight hours of the West Wing on my MacBook. And then, I’m going to do something to work for change.

2 responses to “department of things that are unsurprising.”