the flyest kid on the block. 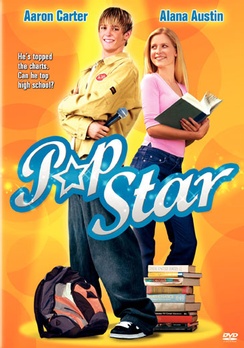 On my walk to the metro this morning, I spotted a tall, slighty scruffy-faced boy wearing low-top Chucks with nice work pants and pulling it off. I decided right then and there that I wanted to marry him, so I gave him a good stare, just so he knew. Then — in my head, obviously — I had a conversation with him about what music we were both listening to. Do you ever do that? Imagine someone striking up a conversation about what you’re listening to? I do it a lot, and my hypothetical level of coolness fluctuates wildly from day to day. Some days I’m all “Ooh, I HOPE someone asks me today so I can tell them I’m listening to Cloud Cult, which means I’m alternative and cool.” Other days, I think I should probably be ready to scroll back a few songs in case someone pops the question. “Taylor Swift, haha, silly iTunes Shuffle. What was before that? Oh, Coldplay, um, and before that? ‘Aaron’s Party (Come Get It)’? Where did that come from??*” And then I’d awkwardly laugh and walk away.

Not that anyone’s ever actually stopped and asked me what I’m listening to. Sigh.

In other news, on Monday I went out to happy hour and realized that I left my ID at work. The waiter was being strict but luckily, I only lived two blocks away and was able to run home (bitterly, of course) to get my passport. This morning I found my ID buried in the pocket in my wallet where it’s supposed to be, juuust deep enough that it looked like the pocket was empty. Son of a bitch.

Also. You know how when you were little, you were told that if you put the plastic rings that hold pop cans (or “soda” cans, as the kids say) together directly into the trash/recycle bin, the dolphins would strangle themselves in the holes and die? Is that true? Because I totally still cut every individual hole and think about all the dolphins I’m saving.

*I’m kidding here, of course. If I ever found a man who loved “Aaron’s Party” as much as I do, I’d propose on the spot.

3 responses to “the flyest kid on the block.”