but how much are the fries? 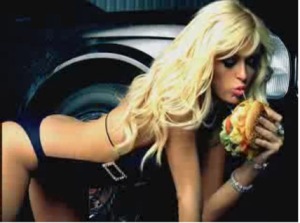 I love meat. I can’t even help it. I am a thrice failed vegetarian. I can blame it on whatever I want (the weather? George Bush, perhaps? Ugh, probably global warming), but the real reason for my failure is burgers. As a first born child I HATE to admit and accept failure. I’ve got to make Mom and Dad proud! But there is no denying this.

First born child complex aside, when I go to fast food places, I usually pay with change found on the floor of the Corolla. But a Burger King in London has a $200 burger. That’s right. TWO HUNDRED DOLLARS. Obviously people are upset because you can feed a million people in Africa for that much.

Sounds alright, I guess. Or as one friend of mine would eloquently put it, sexual chocolate. (Don’t ask me the exact definition, I’m not entirely sure but I know it works in this situation). My big question is this, is it still greasy? Because if it isn’t, they’ve got huge problems. And also, how much does it cost to make it a “biggie”? (BK’s version of supersizing)

The idea of this burger is an absolute contradiction and my bleeding liberal heart is emo and weeping. Yes, they are donating the proceeds to charity. But wouldn’t it be better if it went straight to the source of the problem?

I’ve always been more of a Wendy’s girl anyway.