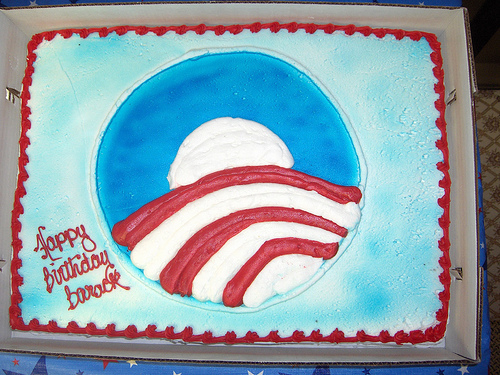 Happy birthday Barack! Our presumptive Democratic nominee is 47 years old today. And he’s on the campaign trail, doing his thing. I bet I know what his birthday wish will be when he blows out the candles on his cake tonight.

A new grill for the backyard, duh.

But instead of taking today off, Obama is actually giving voters a present. At 11 a.m. today, he will unveil his new energy plan. So look for livestreaming online or flip on your teeevee. Hooray!

A lot of people are taking this opportunity to juxtapose B’s youth with John’s lack of youth. The WSJ has a semi-interactive graphic about the age gap. I’ll admit, I take a few cheap shots about McCain’s age. But the truth is, if my party’s nominee was that age and I felt he was the right person to do the job then it wouldn’t matter. Age has nothing to do with why I think Barack is ready to lead–it’s his positions on the issues. So take that. 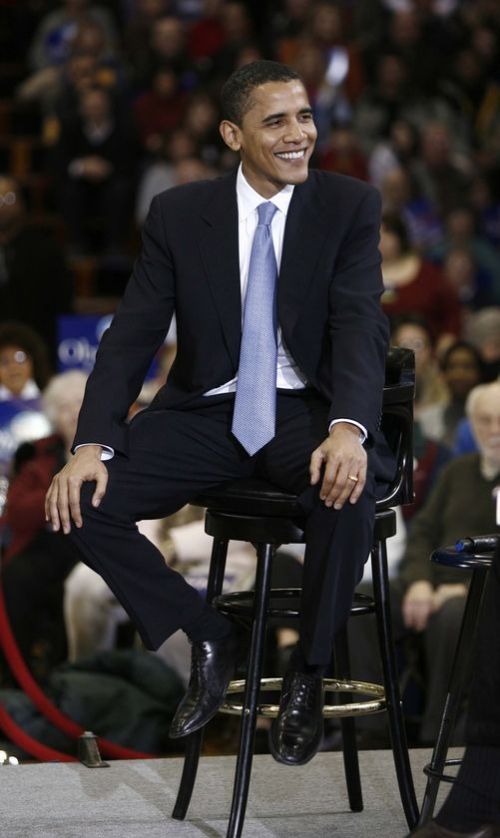