read emails between sanford and mistress.

Last Thursday The State, a South Carolina newspaper, published emails (allegedly) sent back and forth between Governor Mark Sanford and his mistress. The ones in this article were sent around the Fourth of July last year, which of course means only one thing: Mark Sanford hates America.

Take a look for yourself. These emails are just…embarrassing. They aren’t scandalous and juicy so much as they are boring. Make sure to look out for multiples references to the Cameron Diaz/Kate Winslet/Jude Law/Jack Black chick flick The Holiday, along the citation of a biblical passage. Mmm, hypocrisy on a Monday morning.

Thanks to intern Katie for the tip!

wowza, what a week we’ve missed.

Kathleen and I have been naughty, naughty bloggers. Everything huge that can happen in the world of blogging happened this past week — important people dying, political scandals…that about covers it — and we have not kept you up to speed.

What a week. So first Ed McMahon died, and we’ll let our bloggy friend Caroline cover that in her trademark wacky way. Then we lose Farrah Fawcett to the bright forever, and Shaq to the Cavs (and no, I will not pretend to actually care about that, but I have to throw it in there). Amid all of that, we have perhaps the most delightfully bizarre Republican-having-an-affair story in recent months. I mean really, Mark Sanford? I remember hearing about him being “missing” earlier in the week, and I was totally giving him the benefit of the doubt. Like, “Come ON people, the guy just needed to get in touch with nature and clear his head on the Appalachian Trail!” And even when that story changed to Sanford “clearing his head” in Argentina, I was all, “Okay, that’s a little weirder, but whatever man. Let the guy do what he needs to do.” But of course — of course — he was having an affair. We all should have known (and most people who aren’t as naive as I am did, I guess). Here’s a well-articulated article about Sanford’s hypocrisy and irresponsibility that I just stumbled upon. 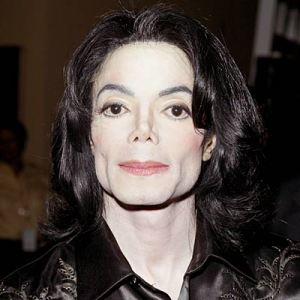 Then, as you all know, we lost MJ. Part of the reason I hesitated to post about Michael Jackson’s death is that I didn’t have any idea what to say about it, and I knew that there were plenty of other people out there saying important things, better than I could have (take Andrew Sullivan and Michael Thomas, for instance). When big celebrities like Heath Ledger and Natasha Richardson died, I was really sad, for reasons I didn’t quite understand. With Michael Jackson, it was different, and I think that’s in part because his entire life was just so sad and strange and depressing. When I heard that he died, I was surprised, but I also felt the same as I always had about him. Andrew Sullivan, in the article I linked to above, puts it perfectly:

…he had no compass to find [a normal life]; no real friends to support and advise him; and money and fame imprisoned him in the delusions of narcissism and self-indulgence. Of course, he bears responsibility for his bizarre life. But the damage done to him by his own family and then by all those motivated more by money and power than by faith and love was irreparable in the end. He died a while ago. He remained for so long a walking human shell.

Dead on, right? [Ed. note: In proofreading I noticed the interesting choice of the phrase “dead on.” Pun not intended, but I’m leaving it.] We lost a great talent, but I would imagine anyone who knew MJ felt they lost Michael Jackson the person long ago.

It gets nuttier, though. This crazy week just HAD to go out with a bang: Mark and Michael and Farrah and Shaq and Ed…not enough! Billy Mays had to go and die. Yep, that Billy Mays:

Billy Mays of infomercial fame was found dead in his home this morning at the age of 50. (Some sources are saying he was 49, but according to his Wikipedia birthday, he was 50.) No foul play is suspected, and no one seems to know what caused the death. The only slight lead is that he had been in a minor plane accident the day before and was hit on the head with some luggage. We’ll keep you posted as we hear more about Mays’ death.

Let’s all hope for some much, MUCH better news in the upcoming week. We can really only go up from here, eh?