this week was off the hook. 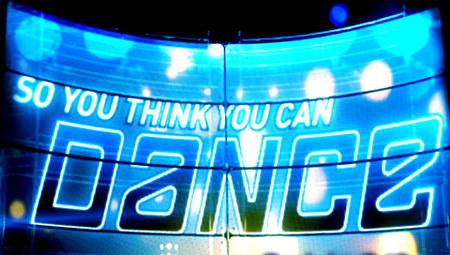 The post is late and it’s Chris’ fault.  It’s all his fault.  That aside, I am OBSESSED with the Evan and Randi routine. AMAZING!

Hello SWTCTW readers. I’m back – and so is SYTYCD. I was getting a little disappointed with the performances this season. But Wednesday night’s show rocked it. I don’t really have any snarky comments about it.

So about me not having any snarky comments – you should have known better… Two things:

(1) Seriously, what was the deal with that Russian Folk routine? I think Nigel even recognized that it was a mistake.

(2) Tyce was back as a judge. I don’t know how you all feel, my SWTCTW public, but I think he’s gotten more obnoxious. In addition, his orange juice metaphor may be an early sign that he has contracted PAS. While this is certainly not a confirmed case, the prospect is alarming.

I don’t want to leave you frightened and down – because this week was great. So here’s one more clip:

Voted off this week: Phillip and Caitlin (I’m shocked too)

what happens in vegas… SYTYCD style.

Okay, okay.  So this was supposed to be posted last week.  EPIC FAIL on my part.  Chris met his deadline, I didn’t do my end of the deal (I was in a wedding…excuses, excuses.).  So let’s just consider it a refresher for last week in preparation for tonight!

I have decided that I have one year to get my dance moves up to par. I will be starring in Season 6. [Edit: Season 6 auditions have already started.] This week the Top 20 were named. I’m not saying that I anticipate making it that far when I make my SYTYCD debut. But I figure with a year of hard work I could score a ticket to Vegas. That’s good enough for me.

Wednesday night we were treated to two full hours of dancing mayhem – a sort of preview for the rest of the season. I’m crazy about Mia Michaels – and we got to see one of her routines. And in Thursday night’s episode saw the fangs come out. She had clearly been drinking out of Tyce’s “bitchy queen” water bottle. Her choreography, though, was – of course – great. I guess being a bitchy queen is one of the perks of being really super awesome at your job.

I really like this character Tony. His audition was pretty clever. Mia’s routine gave him such a difficult time that they made him try it again later in the day. This clip serves both the purpose of introducing you to Tony and showing off Mia’s stuff – cause I love her (even though I’m scared of her). A super efficient choice of YouTube clip, I know. You’re welcome.

My buddy Natalie was sent home – I think unfairly. And yes, I will be writing a letter (and you should too). We met her last season when it the top 20 came down to a head to head between her and her less cool roommate. Her roommate made it and she was sent home. Here’s here audition video from this season:

So we have our Top 20 for the summer. Now the fun begins with the good dancing and all that jazz. Congratulations SWTCTW, I hereby declare that summer has arrived!

[Posted by Chris, via Kathleen]